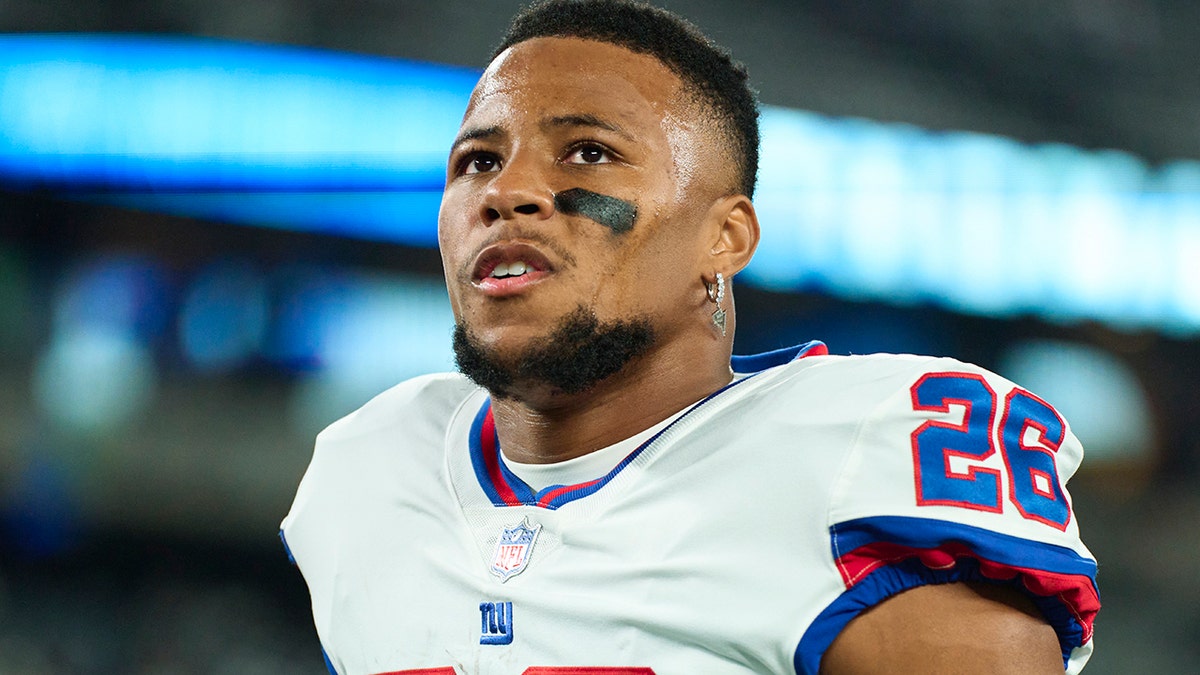 The New York Giants exceeded expectations with their new regime of general manager Joe Schoen and head coach Brian Daboll, reaching the playoffs as a wild-card team and winning their first playoff game since 2011.  But Schoen and Daboll know this offseason will be a crucial one to continue that success with many key players about to hit free agency.  Star running back Saquon Barkley is one of those players. Barkley and quarterback Daniel Jones sit atop the priority list for Schoen. They’ve already had discussions about a potential extension. CLICK HERE FOR MORE SPORTS COVERAGE ON FOXNEWS.COM “We weren’t really that close,” Schoen said via Fox Sports’ Ralph Vacchiano, who reported that a multi-year deal worth $12 million per season was offered to Barkley. Barkley reportedly declined that offer.  “Listen, Saquon’s done everything we’ve asked him to do, and he’s a good football player,” Schoen added. “The positional value … we’ll get into how we want to build this team and allocate our resources. That’s what it comes down to.” DANIEL JONES, SAQUON BARKLEY COMMENT ON GIANTS’ FUTURE AFTER PLAYOFF EXIT Vacchiano reports that Barkley is hoping for a deal in line with what San Francisco 49ers running back Christian McCaffrey got — $16 million per season.  Barkley did, however, say Monday he would be “realistic.”  “I’m not really too concerned about resetting any markets,” he explained. “I know what I was on pace to do, but having two years filled up with injuries and having a season not performing to the level I know I can perform (last year) doesn’t help.” The Giants do have the franchise tag in their back pocket if they wish to use it on Barkley, though Barkley would rather not go that route. Teams do use the tag sometimes to add negotiating time for a long-term deal, which is an option if it comes to that for New York.  The franchise tag for a running back for next season would be worth $10.1 million for one year.  DANIEL JONES, SAQUON BARKLEY GUIDE GIANTS TO FIRST PLAYOFF WIN SINCE SUPER BOWL XLVI Big Blue does have ample salary cap space to get things done this offseason. OverTheCap.com has the Giants with the third-most cap space in the league at around $54 million. Jones played well enough to convince the Giants he has what it takes to lead them on offense.  Defensive lineman Dexter Lawrence may also be in line for his fifth-year option at $12.4 million. Though the Giants saw a tremendous leap in production from him this season that could warrant an extension.  Safety Julian Love is also a free agent, along with wide receiver Sterling Shepard and center Jon Feliciano.  It was clear, though, that the Giants’ offense ran through Barkley, and he delivered with 1,312 rushing yards on 295 attempts (4.4 yards per carry) and 10 touchdowns. He also caught 57 of his 76 targets for 338 yards. As Barkley mentioned, his torn ACL and injury history will factor into the Giants’ thinking. But he has shown, when healthy, that he can be a game-changing running back, much like McCaffrey has been since being traded to the Bay Area.

Disgraced Rep. George Santos Has Somehow Found People Willing to Work for Him 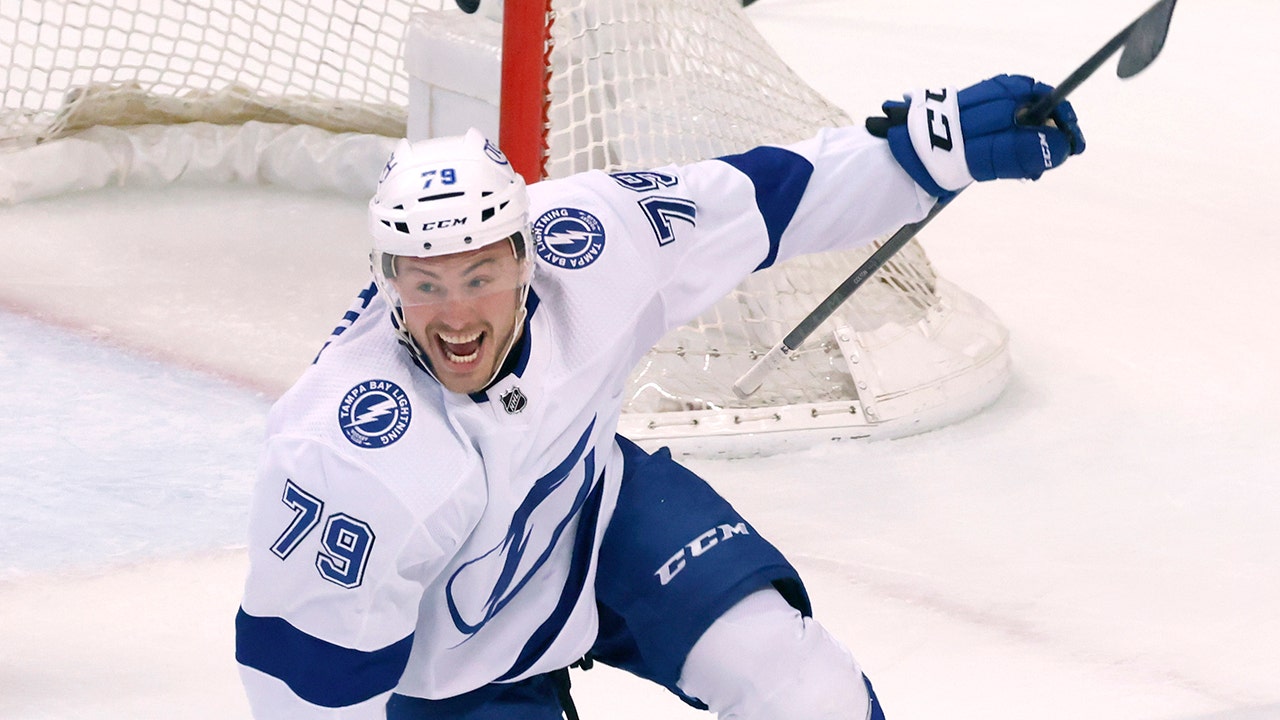