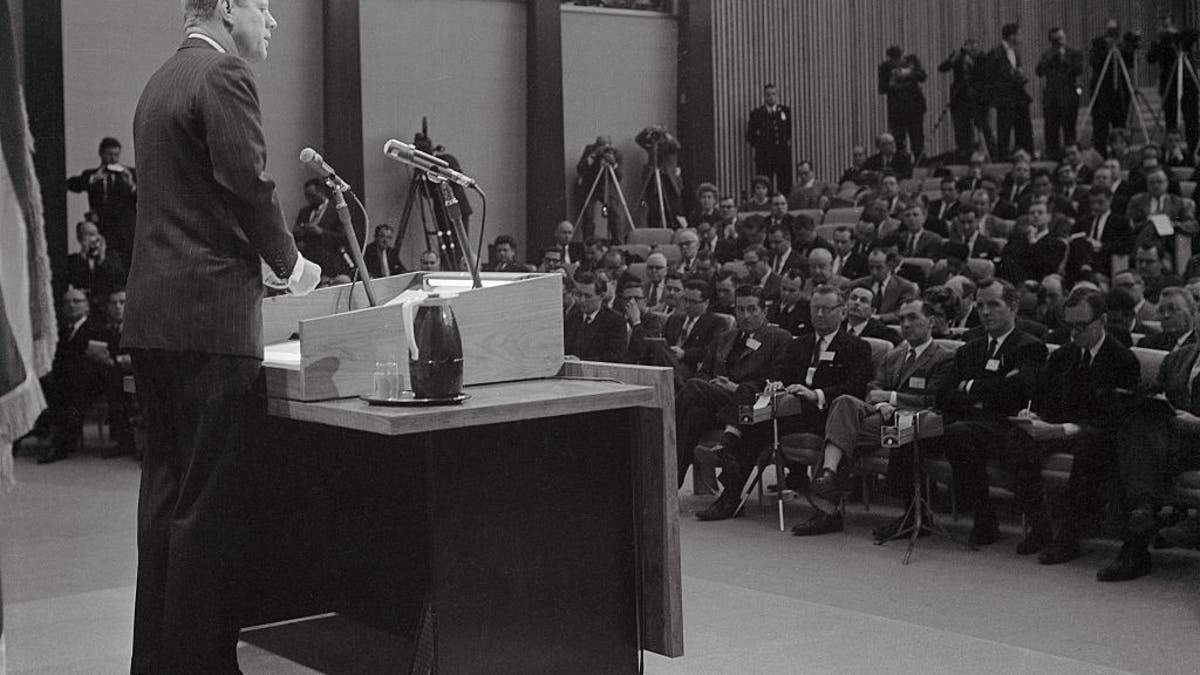 President John F. Kennedy introduced a new era of White House communications when he hosted the first live televised presidential press conference on this day in history, Jan. 25, 1961. “The fact of the matter is that [at] the time when President Kennedy started televised press conferences, there were only three or four newspapers in the entire United States that carried a full transcript of a presidential press conference,” Kennedy’s press secretary, Pierre Salinger, told the JFK Presidential Library in an oral history of the 35th president.  “Therefore, what people read was a distillation … We thought that they should have the opportunity to see it in full.” ON THIS DAY IN HISTORY, JAN. 24, 2003, DEPARTMENT OF HOMELAND SECURITY ESTABLISHED AS CABINET AGENCY The president had been sworn into office just five days earlier.  The press conference was held at the new State Department auditorium in Washington, D.C. The Cold War hung heavily over the proceedings.  The new president made a series of three announcements, the first related to atomic test ban discussions in Geneva, Switzerland.  He then addressed relief efforts amid the ongoing civil war in the Congo, which became a proxy war between competing Soviet- and U.S.-backed factions.  Kennedy also announced that U.S. Air Force officers Capt. John R. McKone and Capt. Freeman “Bruce” Olmstead had been released by the Soviet Union after more than six months in captivity.  Four other airmen were killed when their RB-47 bomber was shot down by a Soviet fighter jet over disputed airspace in the Bering Sea on July 1, 1960 — just weeks after the more famous U2 incident of May 1960.  The president then opened the floor for questions. “Do you conceive of circumstances which might warrant the resumption of such things as the U2 flight?” a reporter asked in the first media question posed to a president before a live TV audience. (SEE the video below.) “Flights of American aircraft penetrating the airspace of the Soviet Union have been suspended since May 1960,” Kennedy responded. MARINE CORPS COMBAT VET PAIRS BARBECUE AND CRAFT BEER AT TIME TRAVELING BREWING IN OREGON “I have ordered that they not be resumed,” he also said. A second reporter asked Kennedy about rumors that Soviet Premier Nikita Khrushchev might visit the president in Washington in March to discuss nuclear disarmament following United Nations meetings in New York City.  “I’ve not heard officially of any proposal by Mr. Khrushchev to come to the United States,” Kennedy said. The immediacy of the event dramatically changed — or should have changed — the dynamic of the relationship between the seat of federal power and the press.  Independent media, when performing their duties, are meant to represent the American people and serve as a check on the president’s power.  “In the period preceding the Kennedy presidency, the rules governing press conferences favored the president,” writes the White House Historical Association.  “The sessions were off-the-record events from Woodrow Wilson through Harry Truman. If the president said something he believed unwise, he could alter the quote.” ON THIS DAY IN HISTORY, SEPT. 26, 1960, KENNEDY AND NIXON BATTLE IN FIRST TELEVISED PRESIDENTIAL DEBATE Woodrow Wilson held the first presidential news conference on March 15, 1913. President Eisenhower held the first televised press conference on Jan. 19, 1955, using file footage.  “President John F. Kennedy was the first to use the medium of television to address the American people live without delay or editing,” reports the United States Government Publishing Office.  The use of television proved essential to Kennedy’s ascension to the Oval Office. Most notably, most Americans agreed he projected better on television during a series of debates with vice president Richard Nixon in the fall of 1960.  His made-for-TV image proved critical in an election that JFK won by the slimmest of margins — he captured 49.7% of the popular vote, compared to 49.6% for Nixon.  The Kennedy-Nixon debates “shifted how presidential campaigns were conducted, as the power of television took elections into Americans’ living rooms,” the National Constitution Center points out.  Television also cemented Kennedy’s enduring image as a young, vibrant, energetic American leader, who served less than three years in office before his assassination on Nov. 22, 1963.  “President Kennedy’s press conferences brought with them the glamour of a young leader, an activist policy agenda, and a tension between the president and his press corps,” claims the White House Historical Association.  CLICK HERE TO SIGN UP FOR OUR LIFESTYLE NEWSLETTER “Young reporters flocked to Washington to cover the new president,” the same source said. “Reporters were more willing to challenge the new president than was true in the Eisenhower years … The U2 spy plane incident changed the relationship for many reporters with their government. It was an incident where the U.S. government was caught in a lie.” 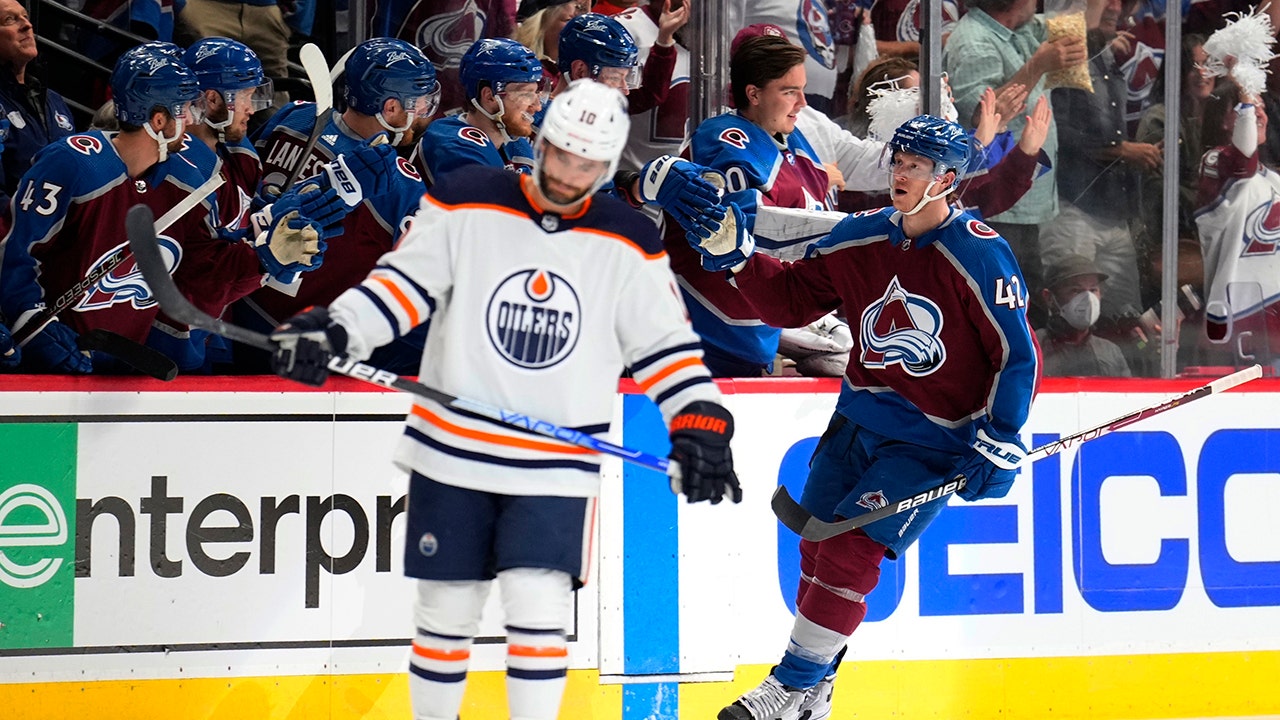 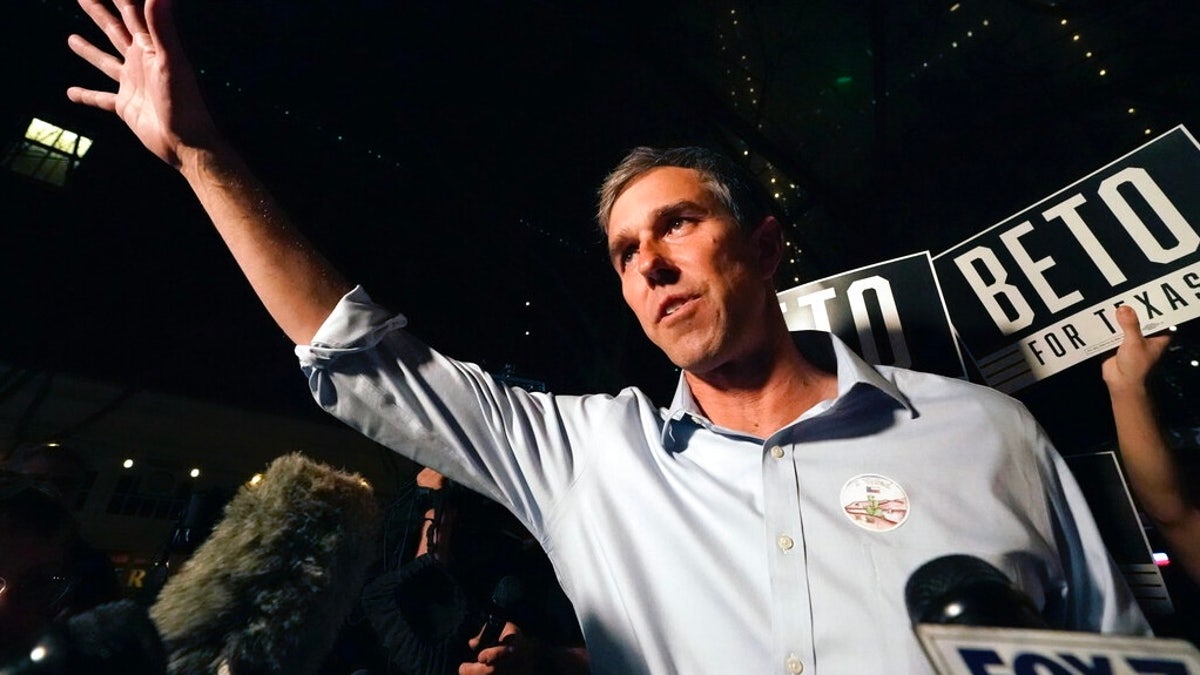