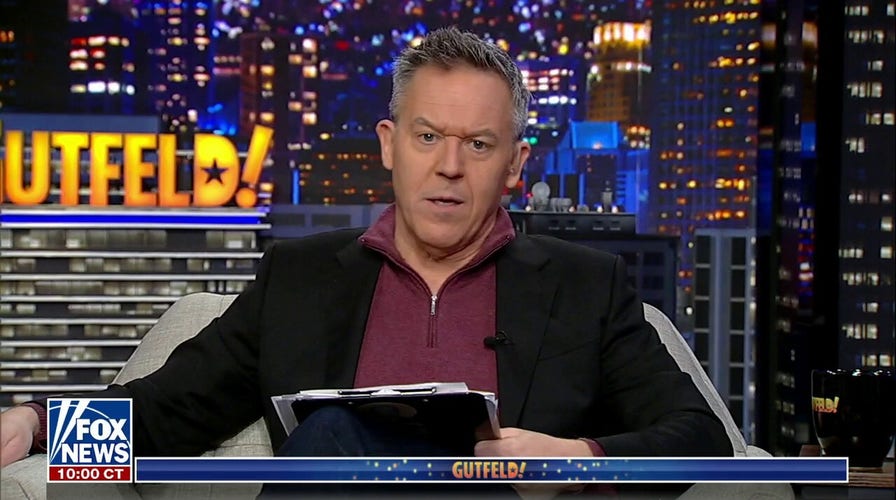 Happy Tuesday, everybody. I love you. Keep your shirt on, lady. Tonight’s monologue is for the children. And not just Alec Baldwin’s. I mean, all American kids being destroyed by people who claim to be looking out for them. I call it.

NARRATOR: Everybody run. It’s the attack on brats! Why are the Democrats so evil?

You know, sometimes I think he takes my direction too literally. I said, “You know, it’s about attacking children.” And he goes, “The attack on brats.” It’s like a 1950s horror movie about sausage. Tonight, I dedicate my monologue to the next generation because someone’s got to look out for them. The Democrats certainly aren’t. Fact is, we’re in a culture war and the kids are caught in the crossfire. Literally, if they’re in Chicago or Baltimore or D.C. If the mayor has a “D” after their name, it stands for “duck.”

Post-COVID, there is a new pandemic out there. It’s kids killing kids. According to the Wall Street Journal, violence among kids has soared since 2020. It’s a stain on this country spreading faster than the one on Joe Biden’s pants. Homicides by juveniles acting alone rose 30% in 2020 from a year earlier, while those committed by multiple kids were up 66%. And murders committed by kids under 14 are the highest in 20 years. Hmm. I guess Fox News weatherman Adam Klotz should count himself lucky that he only got his ass kicked. Still though, by a group of teens. I mean, anyway.

Now, police prosecutors and community groups point to the lockdowns. Deprive children of interaction with others, of course, forcing them to stay locked down at home, their mental health no doubt will take a hit. Kids had to live like prison inmates, except inmates aren’t melting their brains with social media. They’re too busy sending fan mail to Kat. She keeps them. And when kids aren’t killing each other with guns, they’re dying from drugs. This is upbeat, I’m telling you.

GREG GUTFELD: OUR CITIES ARE TURNING INTO HELLHOLES

Fentanyl deaths among kids are rising faster than the average parent’s blood pressure. In fact, fentanyl deaths for kids 14 and under have more than tripled in just two years. Of course, we know where fentanyl comes from. China. Just like another poison, TikTok. That relentless faucet of brainwash flowing to every kid’s room. Imagine the device of self-destruction delivered into every American home. A device that dares you to choke yourself to death, to swallow inedible objects, to embrace ideas that alienate you from your family. That’s TikTok. No wonder kids are turning to prescription and illegal drugs. They’re also getting fatter thanks to a diet of corn syrup and sugar. And of course, they’re choosing porn over real life.

So you’ve got diet, drugs, education, isolation, antisocial behavior. What are these kids going to be like in ten years? Let’s hope not. And meanwhile, there’s Antifa. They seem fine, right? They aren’t quite kids anymore, but they’re young losers with nothing but hate in their eyes. Take a look at the recent arrests from the Atlanta, Antifa, mostly peaceful protests. All smug, messy-haired, rich, white liberal kids who clearly aren’t spending their trust funds on hygiene products. Be glad that their mug shots aren’t scratch and sniff. Think of Sam Bankman with a chip on his shoulder bigger than his ****.

So what happened to them? And again, where are the adults? Well, Bill Maher is one adult. He’s looking at what’s happening to kids and he’s worried too. Listen to him.

BILL MAHER: We live in a prison yard in this country, which is everything is tribal. And like anything to do with schools or education, is something really the Democrats have to answer for because they control it. I mean, if you look at the Democratic convention, it’s like three quarters of them are teachers. My sister’s a teacher. I’m a big defender of teachers. But what’s going on in the schools is outrageous and somebody needs to answer for it.

Now, Maher, who like me, doesn’t have any brats of his own, is also saying kids are being screwed by teachers. And not the fun kind like in the gym teacher’s van. Yeah, those were the days. He realizes it’s not progress to eliminate rationality, science and truth unless your end goal is to screw up the society beyond repair. You’ve got events like Queer Prom in Bucks County, Pennsylvania with a Democrat state senator actually bragging about it. There were drag queens with lube and condoms. Kids as young as 13 were given dental dams, and I still don’t know what that is. And I don’t want to know. When I was that age, I’d be lucky if I got a stick of Wintergreen gum. You could do a lot with that.

Bring this up, however and you know what you get? You get the smirk, the dismissal, what I call the “straw trans argument.” It’s like a straw man argument, but with boobs and a bulge. If you support science, biology, and fundamental truths about life that have been agreed upon for millennia, now you hate trans people when in fact it has nothing to do with trans adults at all. It’s about protecting kids from the hard left who are using kids as cannon fodder in a culture war. And so the kids have been drafted through lockdowns, gender warfare, hyperbole about the climate, screeds against the country coming from the classrooms. For the left, it’s all about power, and seizing that power starts with children. It’s a mental version of pedophilia. But here, it’s the mind they’re screwing. 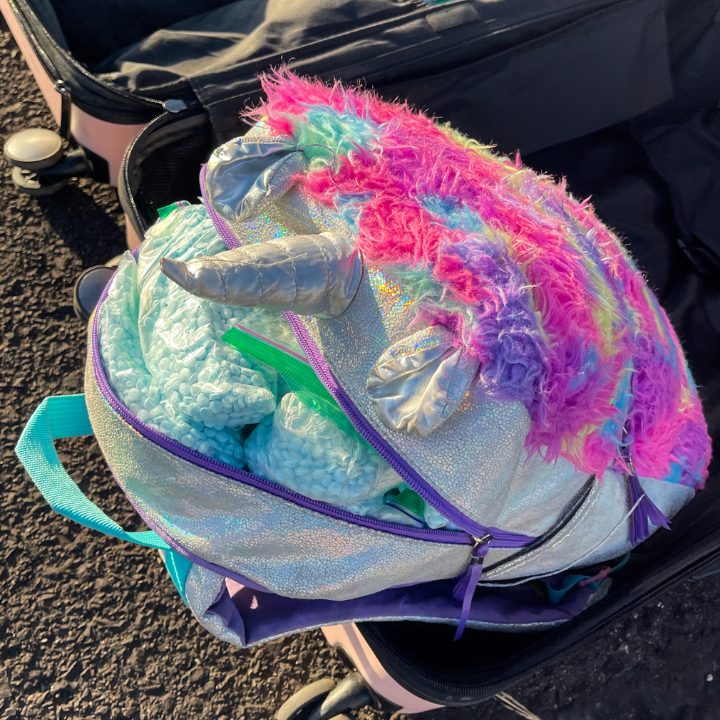 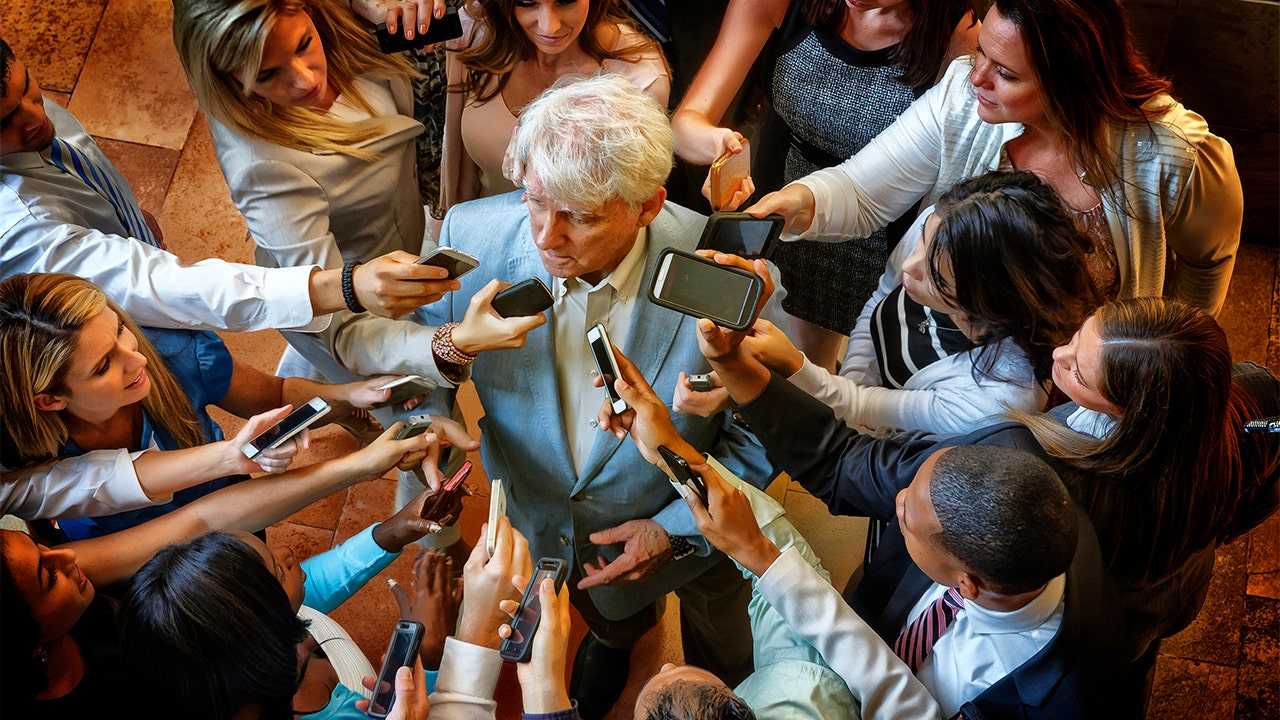