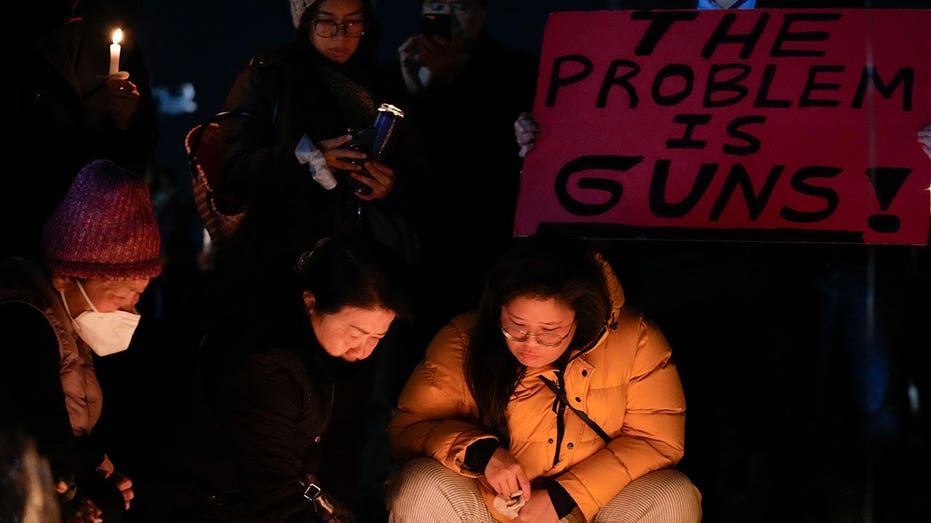 In the wake of the worst massacre in Los Angeles County history, the California governor was meeting gunshot victims in the hospital when he was pulled away and briefed on a mass shooting at the other end of the state.

Word that a gunman had killed seven people at mushroom farms in a scenic coastal stretch of Northern California came just hours after Gov. Gavin Newsom spoke of his fatigue and frustration with mass shootings.

“I can’t keep doing them,” he told reporters earlier Monday in Monterey Park, where 11 people were killed at a dance studio. “Saying the same thing over and over and over again, it’s insane.”

Yet Newsom was in Half Moon Bay on Tuesday to address the third mass shooting in just over a week in a state with some of the nation’s toughest gun laws and lowest gun death rates.

His voice brimming with anger and emotional at times, Newsom said he consulted notes he used at past mass shootings: the slaying of 12 at a Thousand Oaks country and western bar in 2018; the killing of three and wounding of 17 at the 2019 Gilroy Garlic Festival; the slaying of nine workers at a San Jose rail yard in 2021.

“I started writing in ‘Monterey Park,’” Newsom said. “And now I gotta write in, ‘Half Moon Bay.’ What the hell is going on?”

A 66-year-old farmworker was booked on murder and attempted murder charges after shooting eight people, killing seven, in a crime authorities said was a case of workplace violence in the rich agricultural area that lies between the Pacific Ocean and coastal mountains.

In Monterey Park, a 72-year-old gunman shot up a dance hall in an Asian American community that had been celebrating Lunar New Year’s Eve on Saturday night, wounding nine people in addition to the 11 killed. The gunman later took his own life.

A week earlier, at least two assailants fatally shot a 16-year-old mother clutching her 10-month-old baby, and killed four others in a brazen attack in a central California farming community that remained unsolved.

“Our hearts are with the people in California,” President Joe Biden said Tuesday at a meeting with Democratic congressional leaders. “They’ve been a rough, rough couple of days.”

Biden noted that Sen. Dianne Feinstein, D-Calif., introduced an assault weapons ban, and he urged lawmakers to pass it.

Newsom also called for stronger gun safety laws and took particular aim at the large capacity magazines — like the one the dance studio gunman had — and what he called “weapons of damn war.”

The recent slayings moved California up five slots to 26th place on the number of fatal mass shootings per capita in the U.S. since 2006, according to a USA TODAY/AP/Northeastern University mass killing database. The database only counts killings of at least four people.

While California has the highest number of fatal mass shootings — 49, including the recent three — it had ranked 31st beforehand when adjusted for being the nation’s most populous state with nearly 40 million residents.

The U.S. Centers for Disease Control and Prevention lists California as having the 7th lowest gun mortality rate in the country per 100,000 residents, according to the most recent statistics available from 2020. It’s 20th lowest in terms of homicide rate, which is not limited to shootings.

With the back-to-back killings, detectives at both ends of the state were trying to answer the question that often goes unanswered in the face of senseless violence: Why?

Los Angeles Sheriff Robert Luna called the dance hall gunman, 72-year-old Huu Can Tran, a “mad man” and said investigators were looking into whether he had relationships with the people who were shot at the Star Ballroom Dance Studio.

Tran fired 42 rounds at the ballroom popular with older Asian Americans. He then drove to another nearby dance hall where an employee wrested a modified 9 mm submachine gun-style weapon away from him, Luna said.

Tran fatally shot himself Sunday as officers surrounded the van he was inside. A handgun was recovered from the van, which matched descriptions of the vehicle he used to get away from the dance studio.

Mounds of flowers, including dozens of yellow and white mums, were left in front of the studio’s closed gates Tuesday. On a brick column next to the gates someone taped a piece of blue paper with the typed “Ban Semi-automatic Rifles” and below it a translation in Chinese.

Hundreds of people turned out Tuesday evening for a candlelight vigil at the Monterey Park City Hall. Wooden hearts bore the names of victims. One woman helped her young daughter place flowers on the memorials. “There are so many,” she said, her voice shaking. “We won’t have enough.”

So far, there have been six mass killings this year in the U.S., and the Monterey Park shootings were the deadliest attack since May 24, when 21 people were killed in an elementary school in Uvalde, Texas.

The Half Moon Bay slayings came less than 48 hours later when 66-year-old Chunli Zhao shot five people at a mushroom farm where he worked, killing four, authorities said. He then drove to a farm where he once worked nearby, and fatally shot three other people.

The victims were Asian and Hispanic, and some were migrant workers.

“He was a good person,” Martinez Jimenez said in Spanish. “He was polite and friendly with everyone. He never had any problems with anyone. I don’t understand why all this happened.”

The farm shootings were the largest mass killing in San Mateo County.

“We’ve never had one in this county of this many deaths at one scene or one time,” District Attorney Steve Wagstaffe said.

Zhao was arrested after officers found him in his car in the parking lot of a sheriff’s substation.

Eamonn Allen, a spokesperson for the San Mateo County sheriff, declined to answer whether Zhao had a criminal history, but said “there were no specific indicators that would have led us to believe he was capable of something like this.”

The San Francisco Chronicle, however, reported that Zhao was accused 10 years ago of threatening to split a coworker’s head open with a knife and separately tried to suffocate the man with a pillow, based on court documents.

Authorities have shared little about Tran, who briefly owned a trucking company in Monterey Park from 2002 to 2004, according to California business records.

He was once arrested for unlawful possession of a firearm in 1990 and had a limited criminal history, Luna said. The sheriff could not immediately say if a gun arrest at a time when firearms laws were different would have barred him from owning weapons.

Tran once frequented the ballroom and another dance hall he later targeted and griped about the way he thought people treated him there, a man who identified himself as a longtime friend told The Associated Press.

Tran was perpetually distrustful and paranoid and would regularly complain that people at the clubs didn’t like him, according to the former friend who requested anonymity to speak about Tran because he wanted to avoid the media spotlight.

Investigators were also looking into reports Tran made twice this month to police in the town where he lived that family members tried to poison him, defrauded him and stole from him a decade or two ago in the LA area, Hemet police spokesperson Alan Reyes told The Associated Press. Tran never returned with documentation he promised to provide.

Sheriff’s deputies from Los Angeles County on Monday searched Tran’s home in a gated senior community in Hemet, a little over an hour’s drive from the site of the massacre. Officers found a .308-caliber rifle, an unknown number of bullets and evidence he was making homemade firearm suppressors that muffle the sound of the weapons.

Newsom said he purposely avoided news conferences in Los Angeles to meet with residents of the community, people wounded by gunfire and the hero, Brandon Tsay, who disarmed Tran.

While he was in Monterey Park, a teary-eyed mother rolled up in her car and asked him to reassure her three daughters that everything was going to be OK. Her 8-year-old had heard the gunfire and knew it wasn’t firecrackers. She hadn’t slept at night and was afraid to go to school, the mother said.

But in front of a group of dozens of politicians, law enforcement officers and reporters assembled in Half Moon Bay, he said he was relieved she didn’t make him lock pinky fingers and promise like his own 8-year-old daughter would. “Because I wasn’t so sure.” 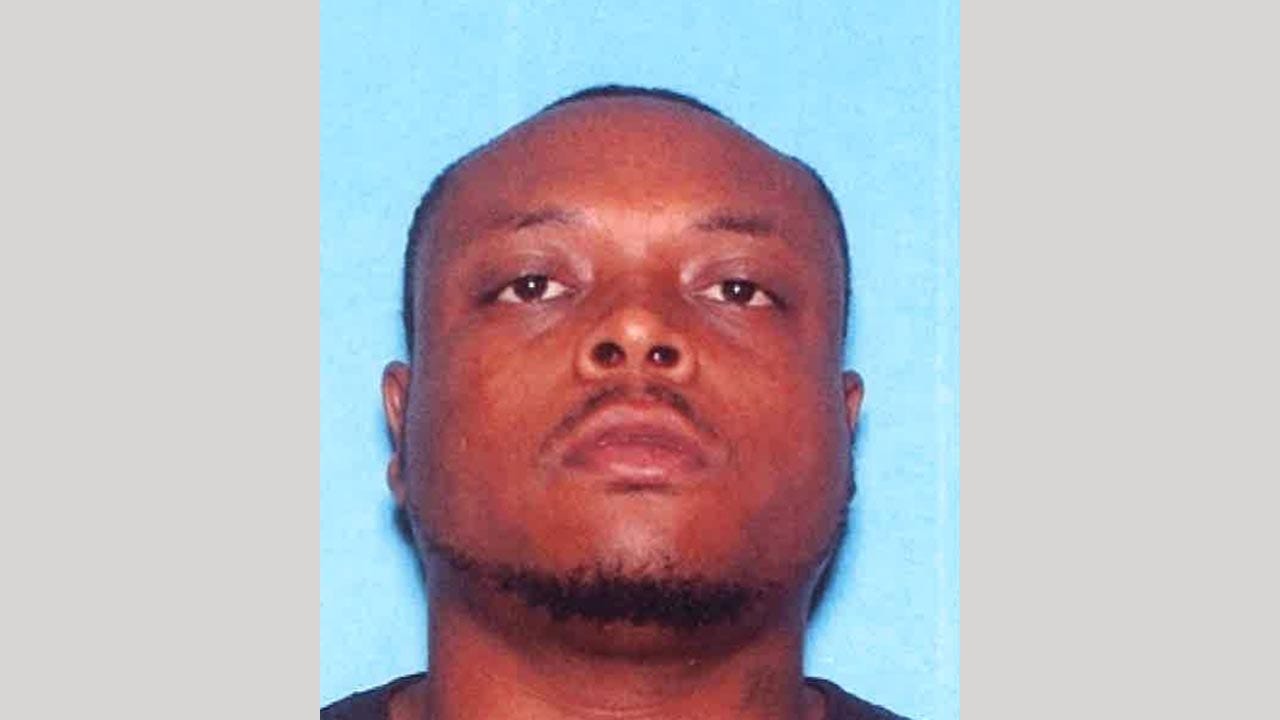