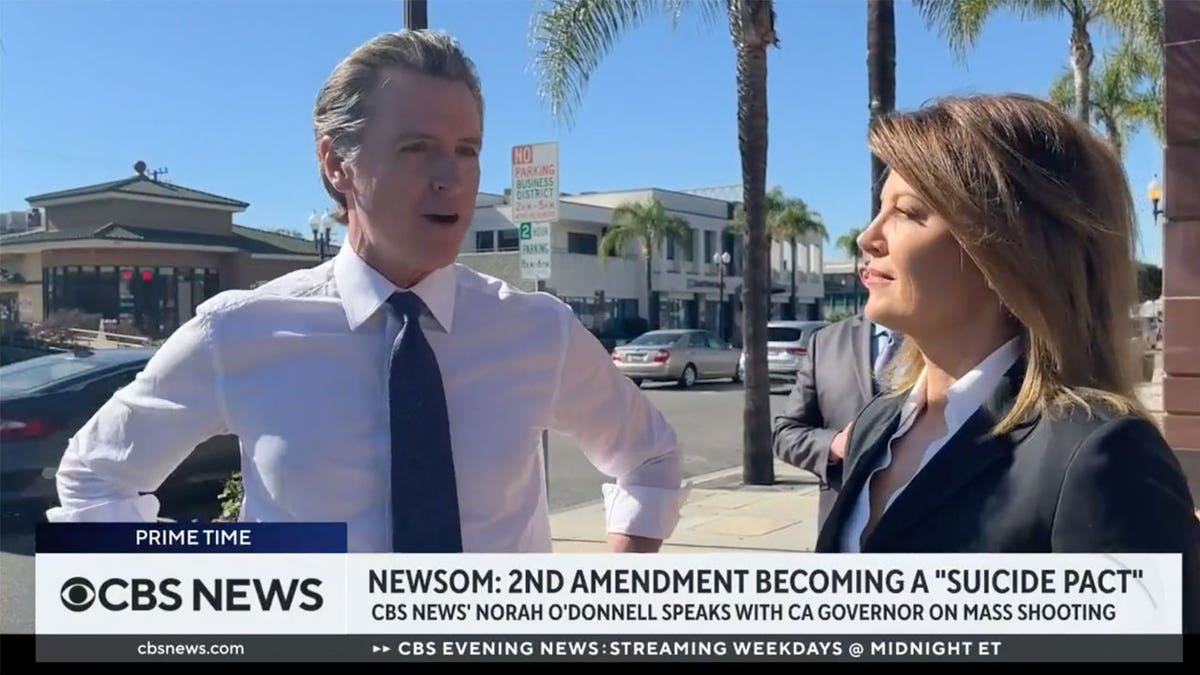 Democratic California Gov. Gavin Newsom said the Second Amendment is “becoming a suicide pact” following the massacre that took place in his state over the weekend.

Following the mass shooting in Monterey Park that left at least 11 dead, Newsom offered a fiery reaction during an interview on Monday’s “CBS Evening News.”

As O’Donnell noted, California has the strictest gun laws in the country. Yet Newsom didn’t take aim at his state’s constitution but instead the Bill of Rights.

“I mean, the Second Amendment is becoming a suicide pact,” Newsom said.

“But there’s many people in this country that support the Second Amendment and are lawful gun owners,” O’Donnell pushed back.

“Yeah, I have great respect- I have no ideological opposition to someone who is reasonably and responsibly owning firearms and getting background checks and being trained,” Newsom responded.

Newsom is seen among many Democrats as a potential White House hopeful in 2024 if President Biden chooses not to seek reelection.

GOP INSIDERS SAY NEWSOM WON’T SAVE DEMOCRATS IN 2024 IF BIDEN BOWS OUT, VOWS TO ‘MOP THE FLOOR’ WITH HIM

While Newsom has said that he will support Biden for a second term, he did raise eyebrows with his visit to the White House as the president was on an overseas trip with critics joking that he arrived at 1600 Pennsylvania Avenue to “measure the drapes.”

Celebrations of the Lunar New Year on Saturday turned tragic after a gunman attacked people at a dance studio in the city of Monterey Park, roughly ten miles east of Los Angeles.

The death roll rose to 11 people while several more were hospitalized. The gunman took his own life following an intense standoff with police. Authorities have yet to find a motive behind the attack.

Another California shooting erupted on Monday, this time in Half Moon Bay roughly 30 miles south of San Francisco, that left another seven dead. A suspect is in custody.