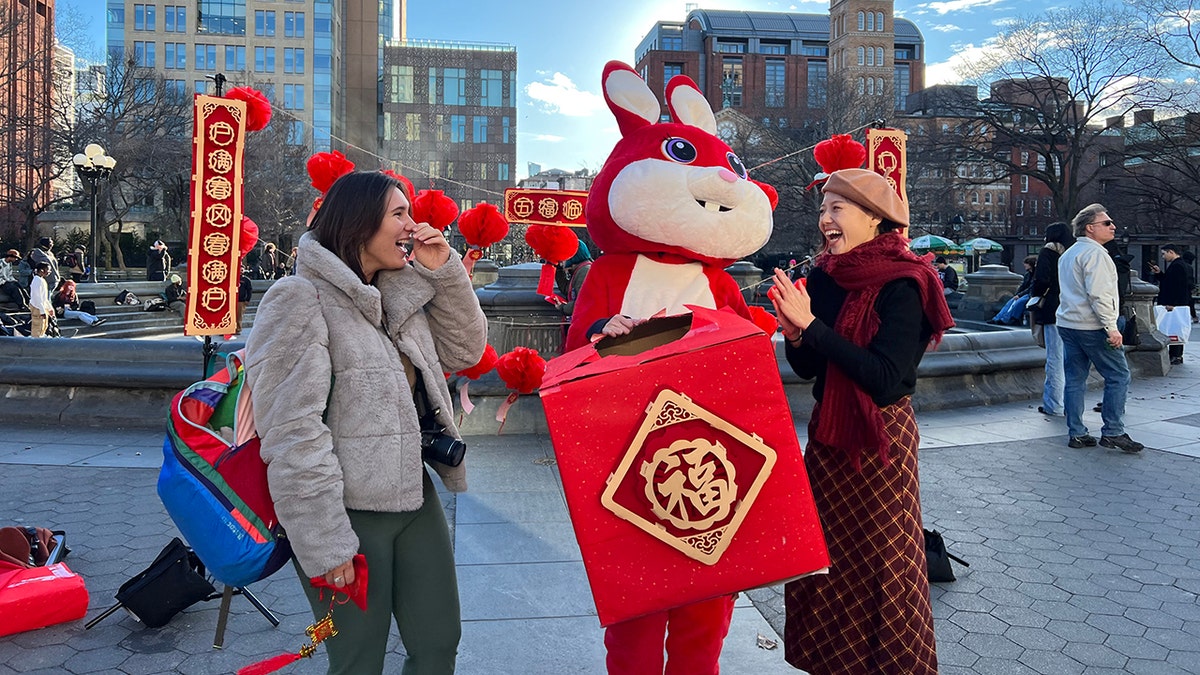 Red lanterns, couplet decorations, fortune envelopes and a giant rabbit: Dozens of New Yorkers stopped by a Chinese New Year booth at Washington Square Park in Manhattan to collect their good luck as the year of rabbit arrives.  As New York City embraced its celebration of the 2023 Lunar New Year, Junqi Zhang, a New York-based travel vlogger with over 1 million followers on Chinese social media platforms, set up a booth to let more people know about the tradition.  The booth featured three activities for people to participate in: writing down their New Year wishes, hanging those wishes on the red lanterns and picking out a red envelope with Chinese souvenirs inside.  10 INSPIRING MESSAGES FOR THE NEW YEAR of 2023, INCLUDING: ‘BE KIND TO ONE ANOTHER’ “Each year we try to come up with a creative and interactive idea for New Yorkers to learn about our culture,” Zhang said. “[The year of] 2022 has been a rough year for a lot of people — so this year is all about bringing everyone together.” New Yorkers wrote down their wishes on a small red piece of paper and then hung the paper up to a lantern.  Many wished for health and peace — while some wished for success in careers and schools. “First thing I wrote was that I want to have a healthy family because I’m having another baby. That’s the most important thing for me this year,” a Brooklyn resident said. “I wished for infinite love for all,” a student from NYU said.  The booth setup also attracted many Chinese people.  Cecilia Wu works in New York City and hasn’t been home for over three years because of the COVID-19 virus.  She said this event was a great opportunity to not only introduce Chinese culture to people in the city but also a way to connect with those like her who cannot make it home for this special occasion.  “A lot of us have not been home for a long time,” Wu said. “But being able to celebrate this with people around the world and feel a sense of home through an event like this warms my heart.” WINTER QUIZ! HOW WELL DO YOU KNOW THESE FUN FACTS ABOUT THE COLDEST SEASON? Lunar New Year is the most celebrated traditional festival in China, commonly known as the Spring Festival, “Guo Nian” or “Chun Jie.” The festival means the beginning of spring and the arrival of the New Year.  Jan. 22 marked the beginning of 2023’s Lunar New Year and the start of the year of the rabbit — the fourth sign in the 12-year Chinese zodiac cycle.  The rabbit symbolizes calm, gentle and balanced energy for peace, according to Chinese tradition.  PET RABBITS ARE SO POPULAR IN ONE CITY, ‘LUXURY BUNNY RESORTS’ HAVE POPPED UP TO CATER TO THEM The New Year celebration usually lasts for multiple days.  Many other cultures in East and Southeast Asia also celebrate the festival, including Vietnamese and Korean communities.  The Asian American Federation says that New York City is home to the largest Asian community in the state, with 1,525,851 residents making up 17.3% of the city’s population.  Asian Americans are also the fastest-growing population in the country, according to the Pew Research Center.  CLICK HERE TO SIGN UP FOR OUR LIFESTYLE NEWSLETTER In June 2015, former New York City Mayor Bill de Blasio designated the Lunar New Year an official public school holiday. So students had a day off on the Asian holiday. “New York is such a magical place,” said Guowei Sun, the creative director for Zhang’s team. “People come from all places and cultures, make different wishes — and we still come together despite all these differences. On this special day, New York brings us unity and peace.” 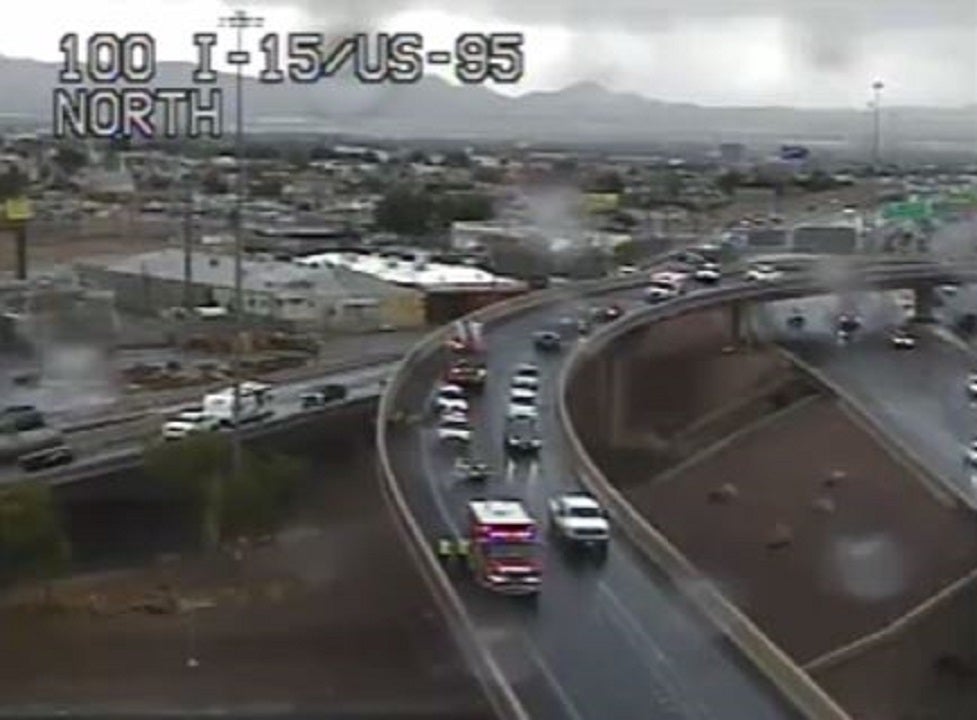