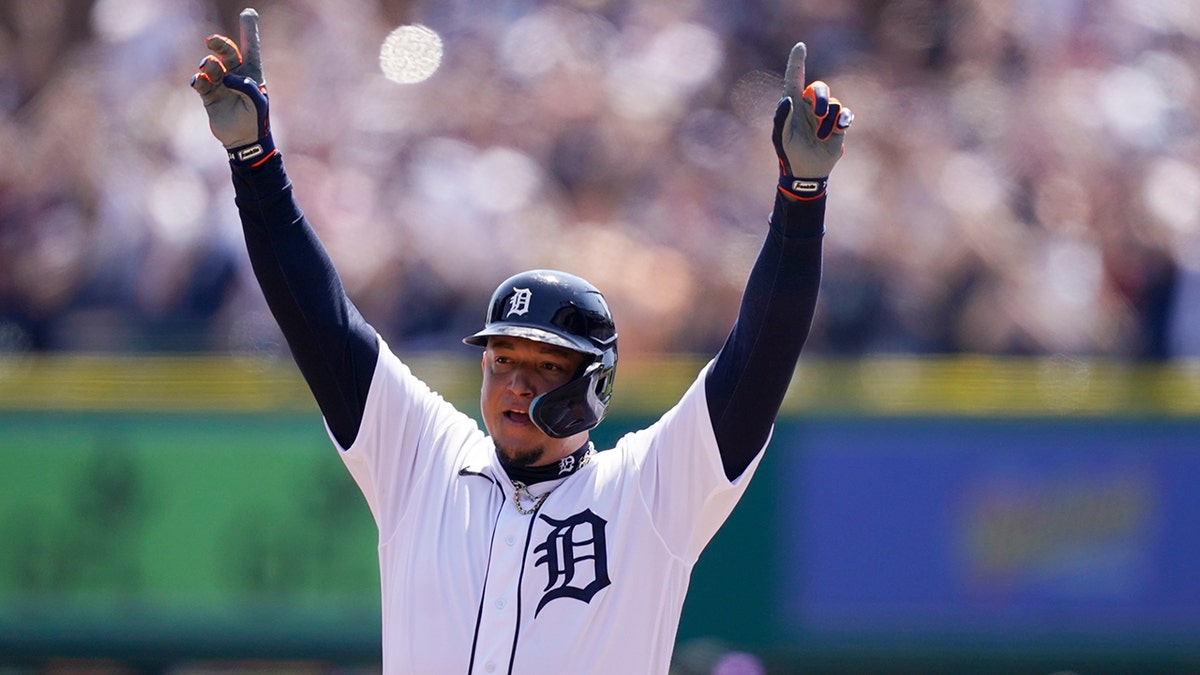 Just a day after telling the Detroit Free Press that he didn’t “feel well” and scared fans that he’d retire after this year, Miguel Cabrera announced he is coming back in 2023.

“No way am I going to quit… Next year I’m going to be right here,” he said.

The Tigers legend had been wanting to play out his contract, saying last year that he was going to play “two more years, that’s it,” via Detroit Free Press.

” I say two more years. I think that’s enough. I will be happy with 20 years in the big leagues if I can make it. Thank God for giving me this opportunity. Two more years and I’m done,” Cabrera said back in 2021.

Cabrera was named a “special All Star selection” this season by MLB Commissioner Rob Manfred, along with Albert Pujols, who will be retiring at the end of the year. It was his 12th All Star nod.

The future Hall of Famer recorded his 3,000th hit back in April, and became the seventh player in baseball history to record 3,000 hits and 500 home runs.

He won a World Series in 2003 with the then-Florida Marlins, and is a two-time MVP, four-time batting champion, seven-time Silver Slugger, and a Triple Crown winner, doing so in 2012.

He was the first person to record the baseball Triple Crown since Carl Yastrzemski in 1967.

‘This thing is spreading. It’s here’: First Georgia woman with monkeypox speaks out about diagnosis