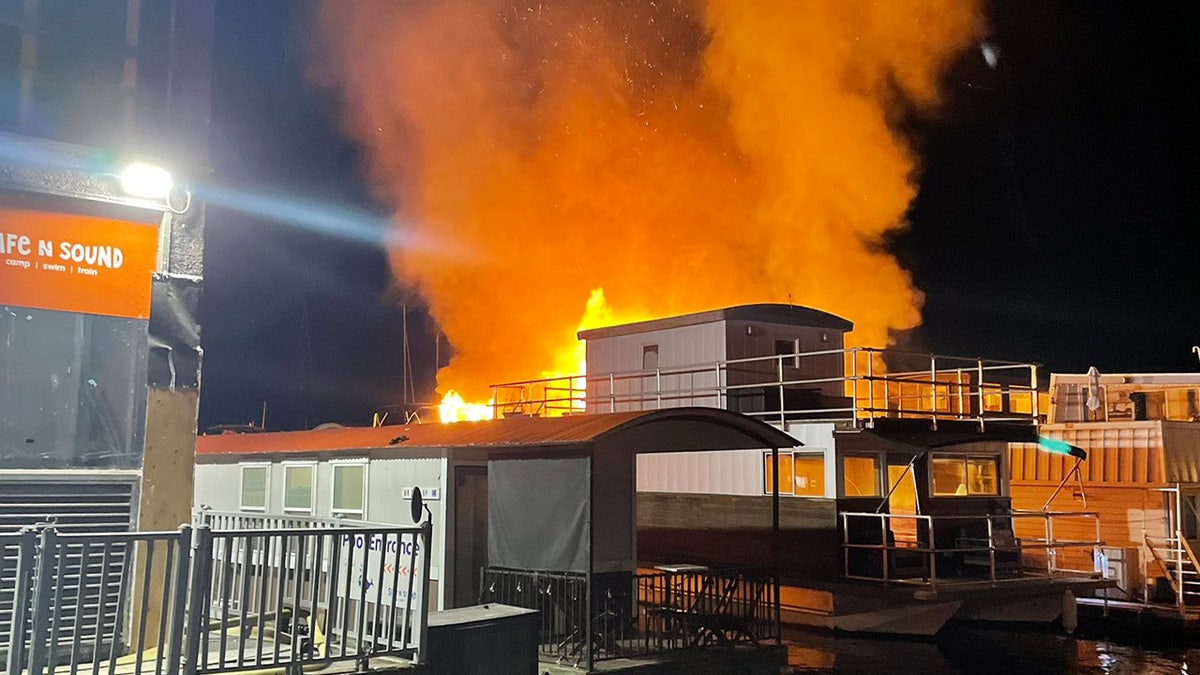 Seattle firefighters responded to the fire behind the China Harbor Restaurant on Westlake Ave North along Lake Union, at approximately 11 p.m. Friday, a live alert said.

A. Porcia Palo, an employee of a nearby restaurant recorded a video of the massive blaze, which was provided to Fox News Digital by her mother.

Witnesses said on social media the flame burned a building and several boats.

The Seattle Fire Department sent over a dozen units to respond to a “fire in building,” its live alert showed. Another video showed several emergency response vehicles at the scene, including several ambulances.

It was not immediately clear what started the fire.