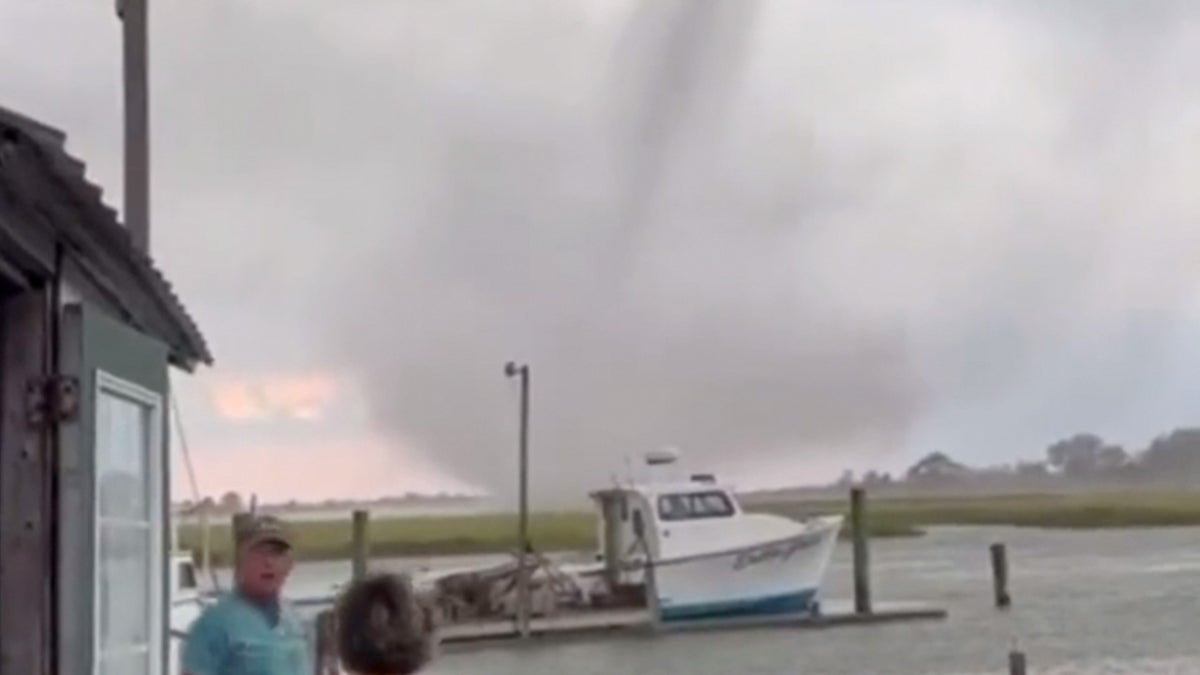 Shocking video captured the moment a waterspout slammed into a small island in Maryland on Thursday, as severe weather wrecked the Old Line State’s shores.

The video shows the tornado swirling over water and heading towards Smith Island off the Chesapeake Bay.

The video, taken by Amy and Daniel Somers, shows debris flying in the air as the waterspout approached land.

You can hear utter shock from the Somers as they watch the waterspout come ashore and slam into what appears to be a building.

Significant damage to structures and properties has been reported on Smith Island, but so far no word on any injuries to residents of the small island.

WISCONSIN TORNADO, STORMS KNOCK OUT POWER FOR TENS OF THOUSANDS

Photos show many Smith Island houses completely destroyed by the storm, with debris cluttered over lawns.

Maryland governor Larry Hogan warned residents to stay inside in a statement on Twitter.

Governor Hogan also noted that there were more than 50,000 power outages reported in Maryland.

The National Weather Service had issued a statement warning of 45 mile per hour winds and possible hail.

Smith Island – which makes up the communities of Tylerton, Rhodes Point, and Ewell – has a population of less than 300 people. It is the only island without a bridge connected to the mainland.

The island has attracted attention for eroding significantly in recent memory, losing hundreds of residents and thousands of acres. Many abandoned properties lay abandoned across the island, which was first settled in the 17th century.

In 2013, the Maryland government proposed using relief from Hurricane Sandy to buy out the island’s remaining homeowners.